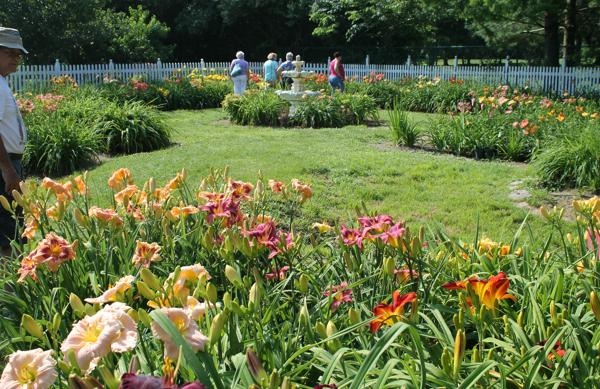 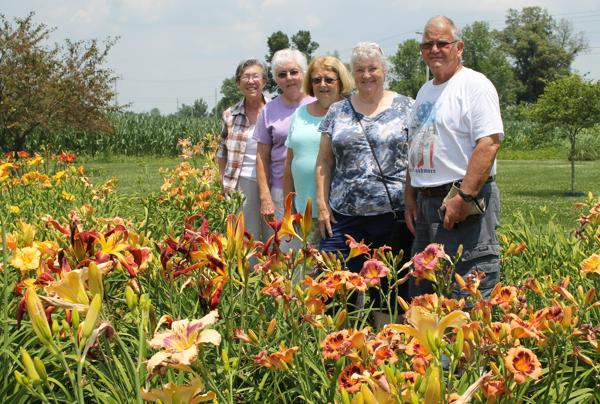 Seven members of Kentucky Daylily Fans (Adrianne, Julie, Michele, Bill, Donna, Beri, and Laura) toured the Western Kentucky Botanical Garden on June 23, 2014. We enjoyed the beautiful daylilies and the informative talk in the nice shady gazebo. We had planned to visit a daylily farm, but discovered that it had gone out of business, so we had lunch at the Moonlite (where Bill Clinton ate when he was in Owensboro) and started home. Not ready to quit for the day, someone asked, " Is there anywhere else we can stop?"

"Let's stop at that house with all the daylilies!" suggested another club member.

We had all noticed the "house with all the daylilies" every time we traveled from Madisonville to Owensboro in summer, because half of the front yard is planted in hundreds of daylilies. Donna, our driver, having a bold streak, pulled into the driveway, all the way up to the garage door. Nobody moved. Finally Julie said, "I'm going to the door!" No one seemed to be home, so we all piled out and began enjoying the beautifully landscaped beds.

A few minutes later, Adrianne announced, "There are some "Return to SWIDS" markers over here!" In order to understand the confusion we felt, you have to know that Julie and Laura, in addition to being members of Kentucky Daylily Fans, also belong to Southwestern Indiana Daylily Society in Evansville, IN. In fact, Laura had prepared the very markers that Adrianne had observed!

"Whose house could this be?" we wondered. We finally thought of someone in SWIDS who lived in Owensboro, and concluded this must be their garden. "They're in Florida! We could just dig what we want!" quipped Julie.

The SWIDS members felt a bit silly, having known the homeowners and the daylily garden and never having connected the two. Laura later e-mailed the homeowners and told them the whole story. They replied, " Yes, we are in Florida. We left before they started to bloom, only six were blooming then. Glad someone could enjoy them. And you tell Julie to leave her shovel at home!" 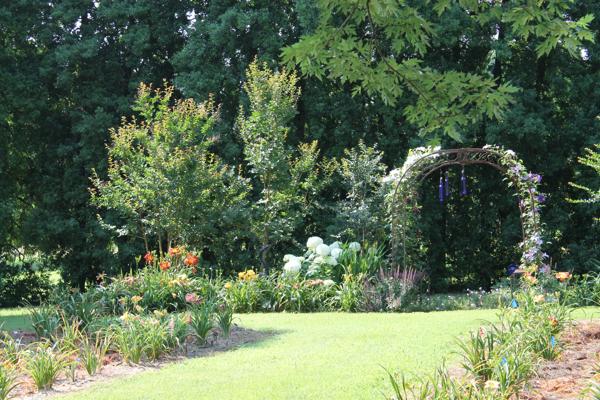 We enjoyed seeing the beautiful landscaping at Trenton Daylilies 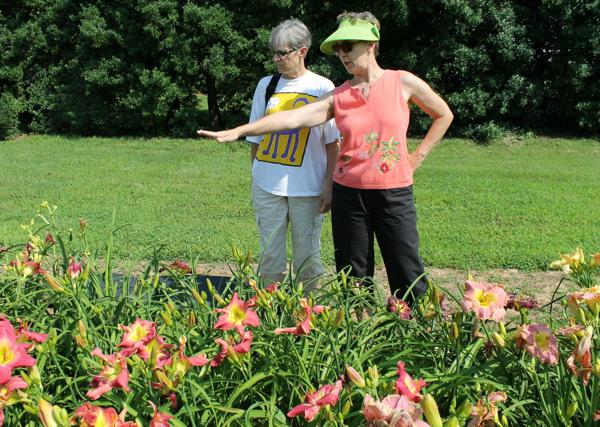 We could have spent days looking at all the daylilies! 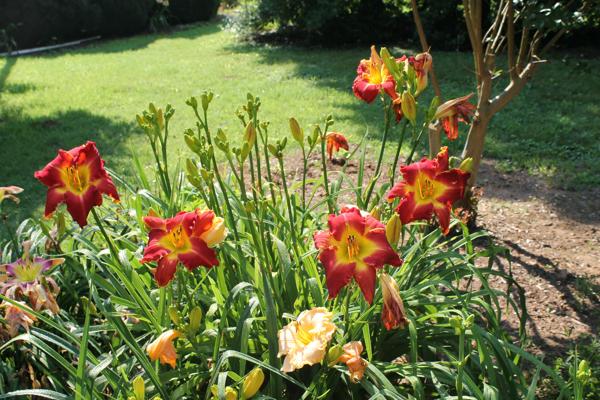 Marguerite has some beautiful daylilies. 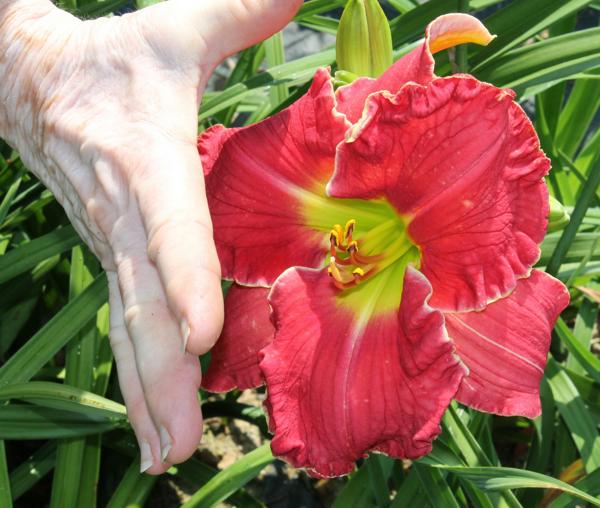 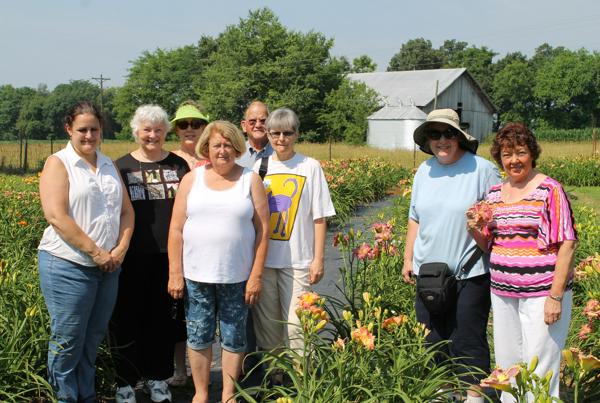 Some of our club, picture by Marguerite Oakes 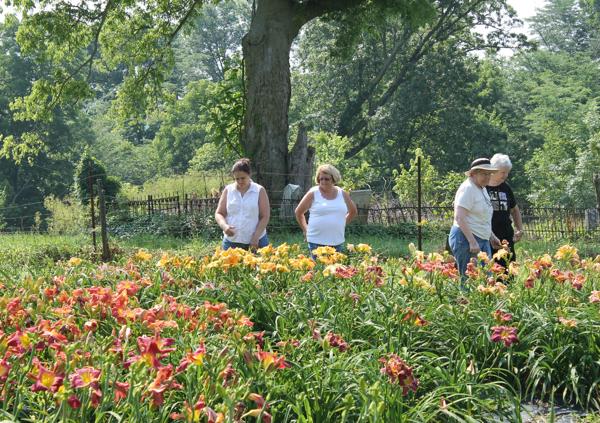 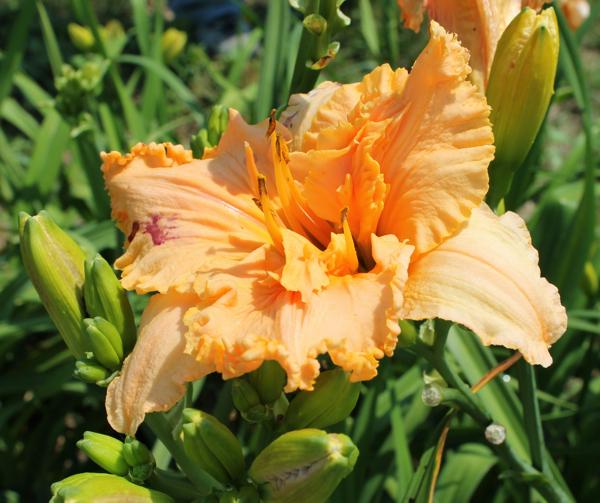 One of Marguerite's futures 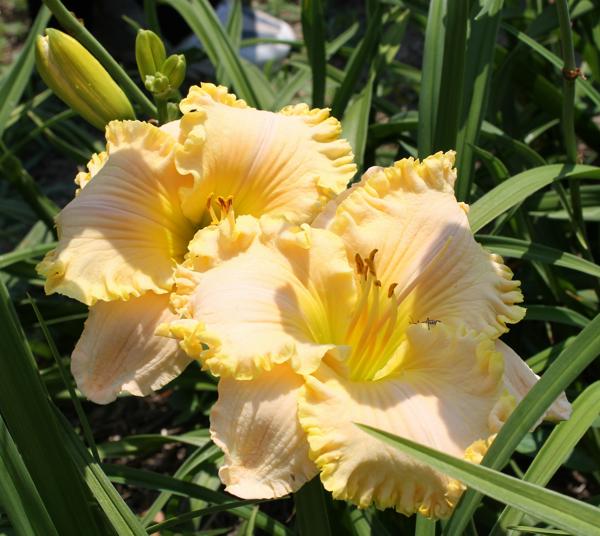 another of the seedlings 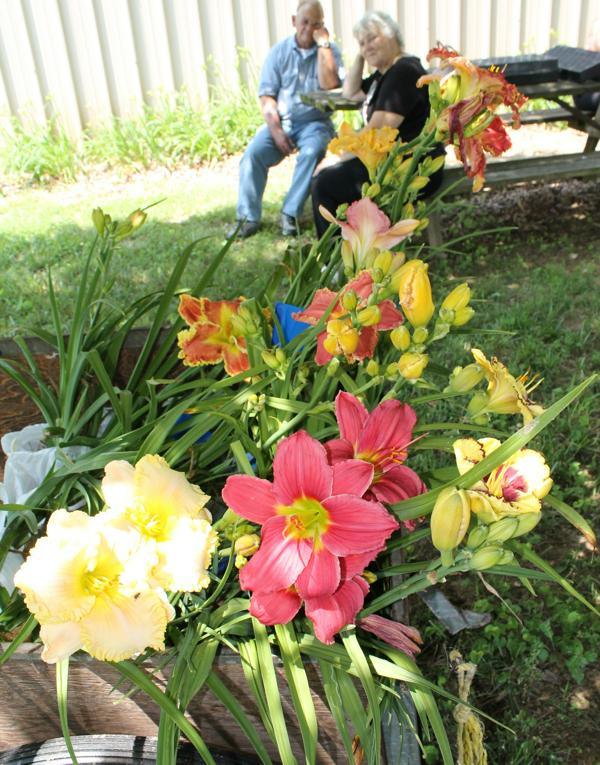 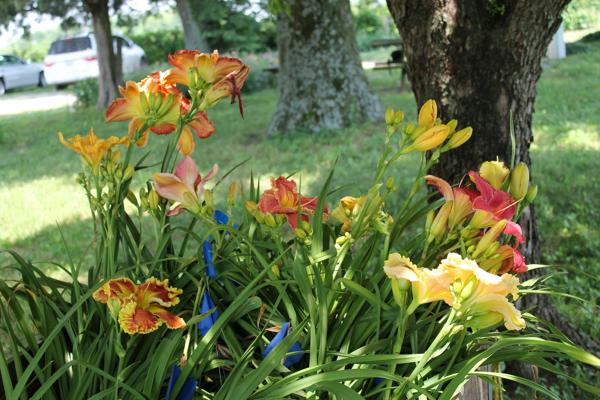 some of our purchases